Hinckley United football club dissolved in 2013 but Wayne has managed to turn the stadium into a successful gym in only 2 years.

Having heard of Two Chimps Coffee, Wayne got in touch with us and asked if we could help create a unique blend for him and his gym. So, we did!

Although the stadium is no longer used as a football ground, Wayne decided to keep the name in homage to the team! He took ownership of it in 2018 and has since grown the business into a successful fitness centre. He specialises in personal training, strengthening and body conditioning. 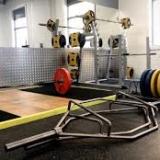 Wayne has worked for some of the leading fitness operators and providers in the country. Including Simply Gym, Moarhouse Hotels & Leicester Tigers. Wayne is also a former full-time team GB athlete, British & commonwealth champion and personal trainer.

Wayne says “Now as a manager, I feel like I have the experience to put together a venue and team that will not only let you feel at ease but to help you reach your goals in a timeframe to suit.”

With over 25 years’ worth of experience, Wayne works with a wide range of clients. He helps people work through their fitness journeys. Possible with the help of his three members of staff and two personal trainers. 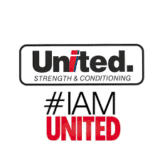 It doesn’t stop there! Wayne has also trained as a full-time judo player. He went to college to learn skills for the competitive life to be able to gain enough knowledge and experience to help others.

As a full-time athlete and working in gyms, he always wanted to get to the top and eventually own his own gym. It took him a while, but after years of hard-working and training, Wayne finally achieved his goal.

His judo training has also come in handy. Not only is Wayne lucky enough to have such a loyal and fantastic client base, but he has also recently been helping the British Olympic Judo Team with their strength and conditioning work. This involves getting them Olympic ready and has been such an awesome experience!

Outside of the gym, Wayne is currently busy working on renovating his new house which takes up most of his time.

Wayne was also due to visit us for a coffee school, however, due to the pandemic, Wayne decided to learn about coffee in his own time. He bought himself a bean to cup machine for the gym.

Not only does Wayne serve our freshly roasted coffee, but he’s also created two unique blends for his business! Bigger Biceps is a blend of our darker roast coffees. This gives you that extra roasted flavour and Cardio Coffee is a medium roast. This one is perfect for a post-workout coffee hit. Both of these are available to take home too.

So, visit Wayne and see what he can help you with. Oh, and stop for an awesome coffee too.

If you’re interested in our coffee schools or barista training, then check them out now.

Sign up to our fortnightly email newsletter and be first to know about new coffees, the latest blogs, brew guides, recipes and news from Two Chimps HQ.

JOIN THE TROOP AND WE WILL PLANT YOU A TREE
Your information is stored securely and never passed to third parties. For more information, see our privacy policy.
SIGN ME UP!
Copyright Two Chimps 2021 ‐ Web design by Herdl

Stumped for Secret Santa ideas? Our Christmas Special Coffee is the answer.

🎁 Find gifts for everyone (and every budget) in our Christmas Gift Shop. 🎁

Left it till the last minute? No worries (it happens). Just select special delivery when you check out!

Make 2022 the year of top coffee – treat them to a gift subscription this Christmas!